The presentation is part of Hallen #2, a series of exhibitions, installations and conversations in collaboration with galleries, artists and curators, initiated by the founders of Wilhelm Hallen.

An exhibition of sculptural works by Amélie Riech and drawings by Johannes Christian Schön, shown inside and in response to the Canteen space of a defunct metal foundry. 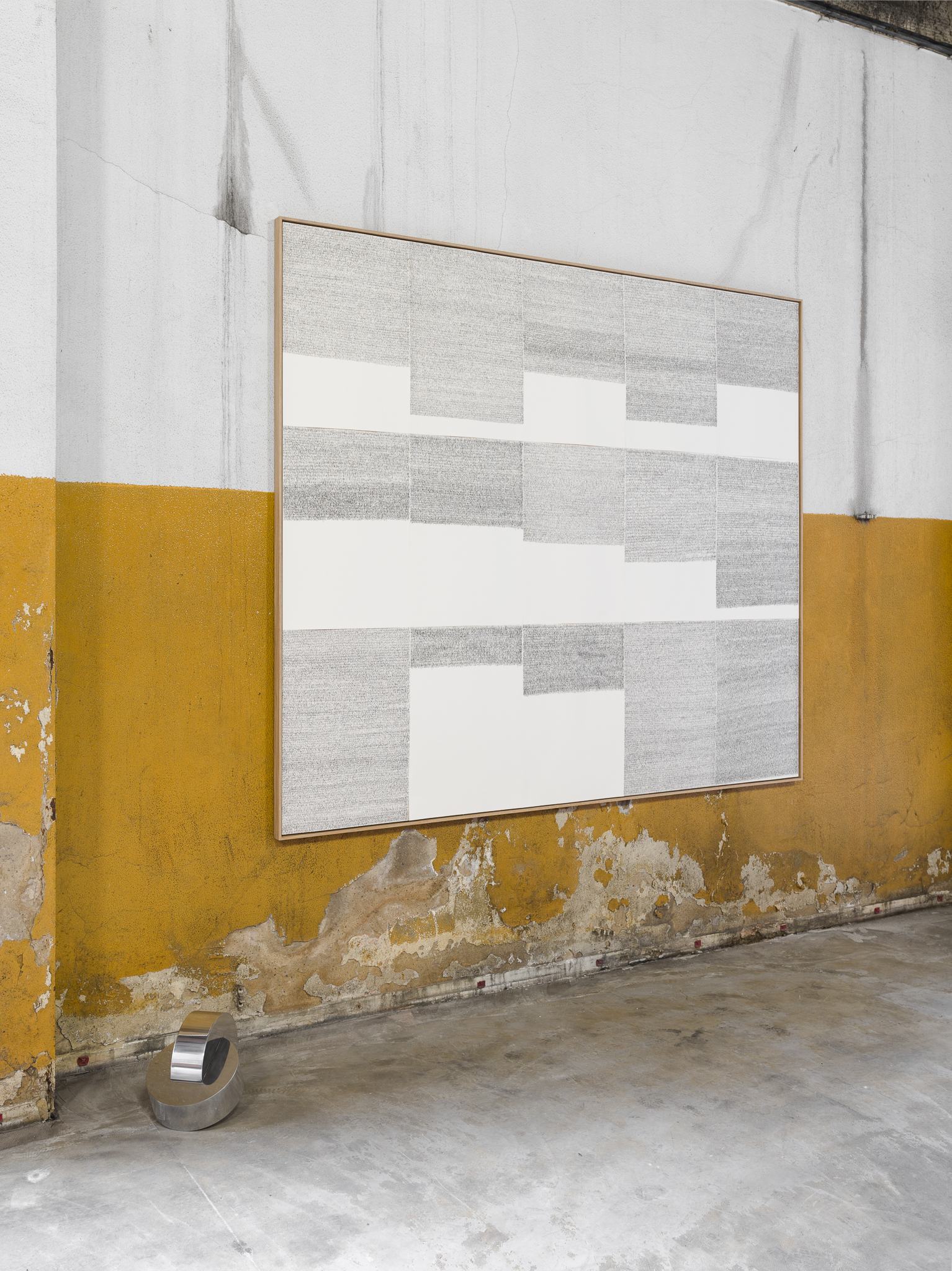 Script has not only a semantic dimension of meaning but also a visual one. A state to which disciplines such as typology, graphology, and calligraphy are devoted – as are Johannes Schön's typographies, even though they have nothing to do with writing: These are freely associated systems of notation that do not convey a narrative – rather movement. The movements of the hand in learned figures within a limited space, the placing and removing of the pen, the resulting pauses, the rhythmic up and down of the lines – writing is movement. Writing dances over paper like dancers over a stage, choreographed by the writer's thoughts and feelings, and the reader sits still and motionless before it, as uniform eye movements make the synapses dance while reading. Schön quotes this phenomenon using copper sheets, whose reflection creates movement without the work or the viewer physically moving. Formally, everything has its limits – stage, canvas, notation systems – but infinity can arise from anything, even from such a modest number of signs as in the Latin alphabet. Nevertheless, every story has an end, even if it is an unfinished one. Schön's notational acts vary in length, and the reasons why a sheet here is filled entirely with evenly spaced margins, and there only a small part beyond the edge of the page, remains hidden from the viewer. The end of each of these acts is dated, and this date is added to the respective title. But a date does not mark an end; it only marks a point in time, followed by an infinite amount of more time. Perhaps this is why there is hardly anything more difficult than finding an end – when is a work completed, when is a relationship over? – and Schön's written performances emphasize this all the more. (Annika von Taube)